By Keith Griffith For Dailymail.com

The Federal Reserve payment systems used to settle transactions between U.S. financial institutions has suffered a massive disruption due to an ‘operational error’.

The system used by U.S. banks to execute some $3 trillion in transactions daily began suffering outages at around 11.15am Eastern time on Wednesday, and remained down for more than three hours.

‘A Federal Reserve operational error resulted in disruption of service in several business lines,’ a Fed spokesman told DailyMail.com in a statement. ‘We have restored services and communicated with all Federal Reserve Financial Services customers about the status of operations.’

Most of the key systems, including the backbone settlement services Fedwire and FedACH, were back online by 3pm, but the Fed acknowledged that payment deadlines were ‘impacted’ during the outage.

The system used by U.S. banks to execute some $3 trillion in transactions per day suffered a massive disruption on Wednesday, with backbone services down for more than three hours 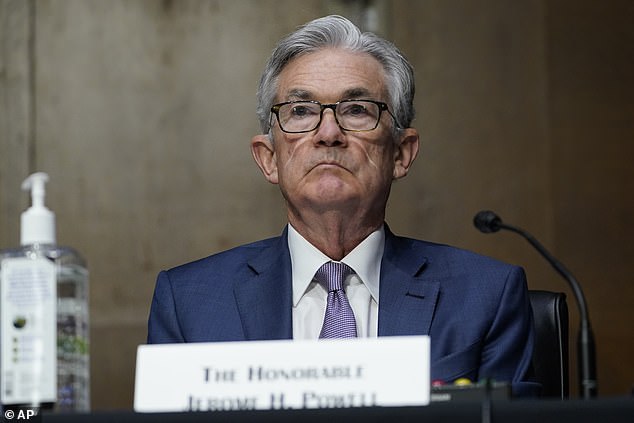 Federal Reserve Chairman Jerome Powell is seen above. Among the affected services was Fedwire, the system that handles $3.3 trillion in transactions per day

The potential impacts on consumer banking services were not immediately clear.

Among the affected services was Fedwire, the system for large transfers between banks which last year handled 184 million transactions totaling more than $840 trillion, or more than $3.3 trillion daily, according to Fed data.

Every other transaction service maintained by the Fed was also affected by the disruptions.

In a series of service alerts, the Fed said that its staff first became aware of a ‘disruption for all services’ at around 11.15am. 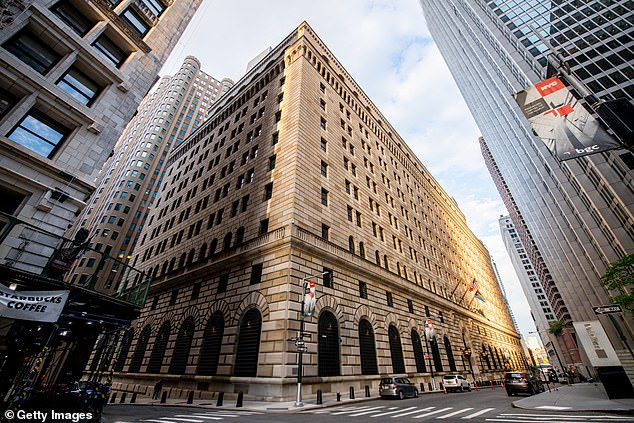 ‘The Federal Reserve Bank staff is currently investigating a possible issue or disruption to multiple services,’ the Fed said in an alert at 12.43 pm.

An update at 1.18pm confirmed the disruption and added ‘We will continue to provide updates as soon as they are available.’

‘We acknowledge that payment deadlines are impacted and will communicate remediation efforts to our customers when available,’ the Fed said in a service alert. ‘Thank you for your patience while we work to resolve the issue.’

‘Our technical teams have determined that the cause is a Federal Reserve operational error. We will provide updates via service status as more information becomes available,’ the Fed said in a service alert at 2.14pm.

Applications for the Central Bank, the bank-of-banks where financial institutions deposit funds, were back online as of 2.17pm.

By 2.46pm, Fedwire resumed processing as normally. FedACH was back online by 2.55pm.

‘The Federal Reserve Banks have taken steps to help ensure the resilience of the Fedwire and NSS applications, including recovery to the point of failure,’ the Fed said in an alert.

The Fed said that it would extend settlement deadlines on Wednesday to allow banks to clear the backlog of transactions that piled up during the outage.

It was not immediately clear whether the disruption would delay bill payments or paycheck deposits for consumers.