It looks like we finally have a cure for Ebola, according to Wired.

Scientists and doctors in the Democratic Republic of Congo have been running a clinical trial of new drugs to try to combat an Ebola outbreak that has lasted more than a year. At the World Health Organization on Monday, the trial’s co-sponsors announced that two of these experimental treatments appear to dramatically boost survival rates. Formerly, a vaccine had been shown to shield people from catching Ebola, but the new treatments are now effective on people that have already been infected.

“From now on, we will no longer say that Ebola is incurable.”

Patients in four treatment centers in the country’s east, where the outbreak is the worst, have been randomly assigned to receive one of four investigational therapies. One drug is an antiviral called remdesivir, while the others use monoclonal antibodies. Scientists put together these large Y-shaped proteins to recognize specific shapes of invading bacteria and viruses and then recruit immune cells to attack the pathogens. 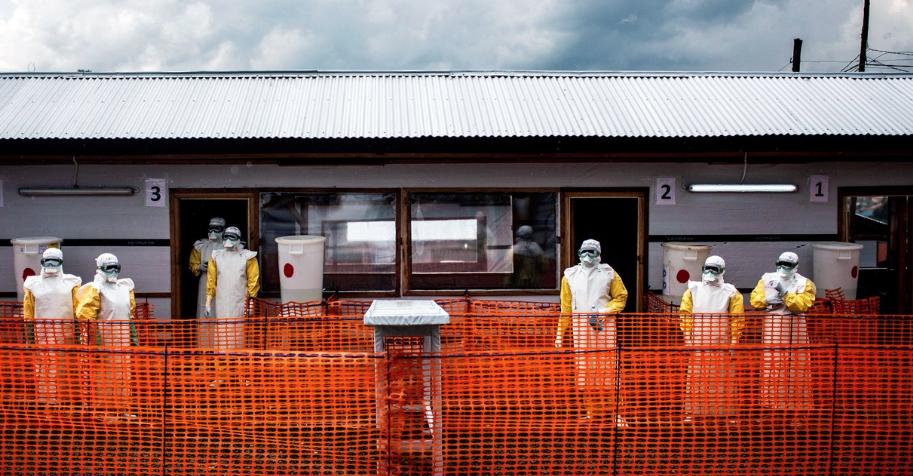 One of these drugs is called ZMapp, which was in the news consistently back in 2014 and is currently considered the standard of care during Ebola outbreaks. It has a mortality rate of 49%, according to according to Anthony Fauci, director of the NIH’s National Institute of Allergy and Infectious Diseases.

The goal of the trial, which started in November, was to see if any of these drugs could outpace ZMapp’s mortality rate. Ebola mortality rates without treatment are in excess of 75%. The results were exceptionally promising:

The monoclonal antibody cocktail produced by a company called Regeneron Pharmaceuticals had the biggest impact on lowering death rates, down to 29 percent, while NIAID’s monoclonal antibody, called mAb114, had a mortality rate of 34 percent. The results were most striking for patients who received treatments soon after becoming sick, when their viral loads were still low—death rates dropped to 11 percent with mAb114 and just 6 percent with Regeneron’s drug, compared with 24 percent with ZMapp and 33 percent with Remdesivir.

Drugs based off of monoclonal antibodies have become popular in modern medicine, helping fight off diseases like cancer and lupus.

On the negative side, it takes years of reverse engineering to create these types of drugs. ZMapp, for example, was created by infecting mice with Ebola and then collecting the antibodies that the mice produced against the virus. From there, those antibodies had to be engineered to look more like human ones, so as not to provoke an immune reaction.

Since Ebola infiltrates victims cells using spiky proteins on the virus’s outer shell, researchers look for antibodies that do a good job of binding to these proteins. From there, if access is blocked, the virus can’t replicate and spread. Ebola is especially difficult because it is large and has the ability to change shape, making it difficult for any one antibody to block its infection. This is why a drug cocktail approach is in favor, like the Regeneron product, which is a combination of three monoclonal antibodies first generated in mice.

Others have also suggested that mining the serum of Ebola survivors and harvesting that DNA to make antibodies could work. This could at least yield a set of genetic instructions for making antibodies with a proven track record against a virus. That’s what the NIH’s mAb114 does: it uses the antibody isolated from the blood of a survivor from a 1995 outbreak.

Since the announcement, a new trial is slated to kick off directly comparing Regeneron’s drug to mAb114, which is being produced by a Florida-based company called Ridgeback Biotherapeutics. All Ebola treatment units in the outbreak zone will only administer the two most effective monoclonal antibody drugs from now on.

WHO director Mike Ryan said: “Today’s news puts us one more step to saving more lives. The success is clear. But there’s also a tragedy linked to the success. The tragedy is that not enough people are being treated. We are still seeing too many people staying away from treatment centers, people not being found in time to benefit from these therapies.”

Since the outbreak began last August in the DRC, more than 2,800 people have become infected and 1,794 have died.