Turn on a TV, open a web browser, or scroll social media and you will not be able to avoid headlines and hashtags about Queen Elizabeth II passing away. After news broke that she was under “medical supervision,” media crews have stationed themselves out front of Buckingham Palace and it’s a veritable red carpet event as royals from all over Europe arrive to pay their respects and offer support. 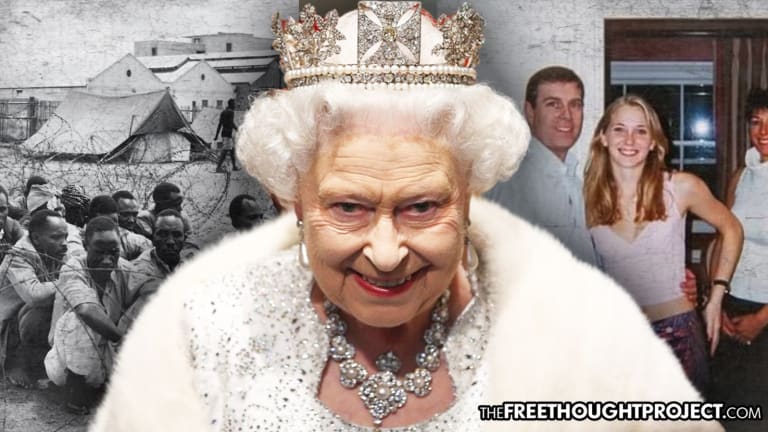 On Thursday, newly elected British PM Liz Truss said the “whole country” was “deeply concerned” over the news of The Queen’s deteriorating health.
“My thoughts – and the thoughts of people across our United Kingdom – are with Her Majesty The Queen and her family at this time,” Truss stated.
Hours later, and surrounded by her royal family, Queen Elizabeth II took her last breath. Now, all the constant reporting has turned to memorialize her.
But is the queen really someone to be hailed as this expounder of all that is good? Should her face be plastered on screens worldwide and a 24/7 memorial be rolled out in her honor? Maybe so, but not for the reasons corporate media will tell you.
On top of mothering a child predator and helping to cover up his crimes, Queen Elizabeth — during her time as a monarch — fleeced the taxpayers of England for hundreds of millions just to pay for her castle.
During this time, she hid her finances offshore — despite the fact that the Royal Family is tax exempt — and made countless billions off the backs of her subjects.
She also oversaw the horrific colonization of multiple territories in Africa and Asia in which people were savagely tortured, their land stolen, and their people slaughtered.

She was tortured with axes during Kenya’s struggle for independence from British colonial rule. As Britain celebrates the Platinum Jubilee of its monarch, this old fighter wants to send her a message: “Let Elizabeth bring what belongs to me.” 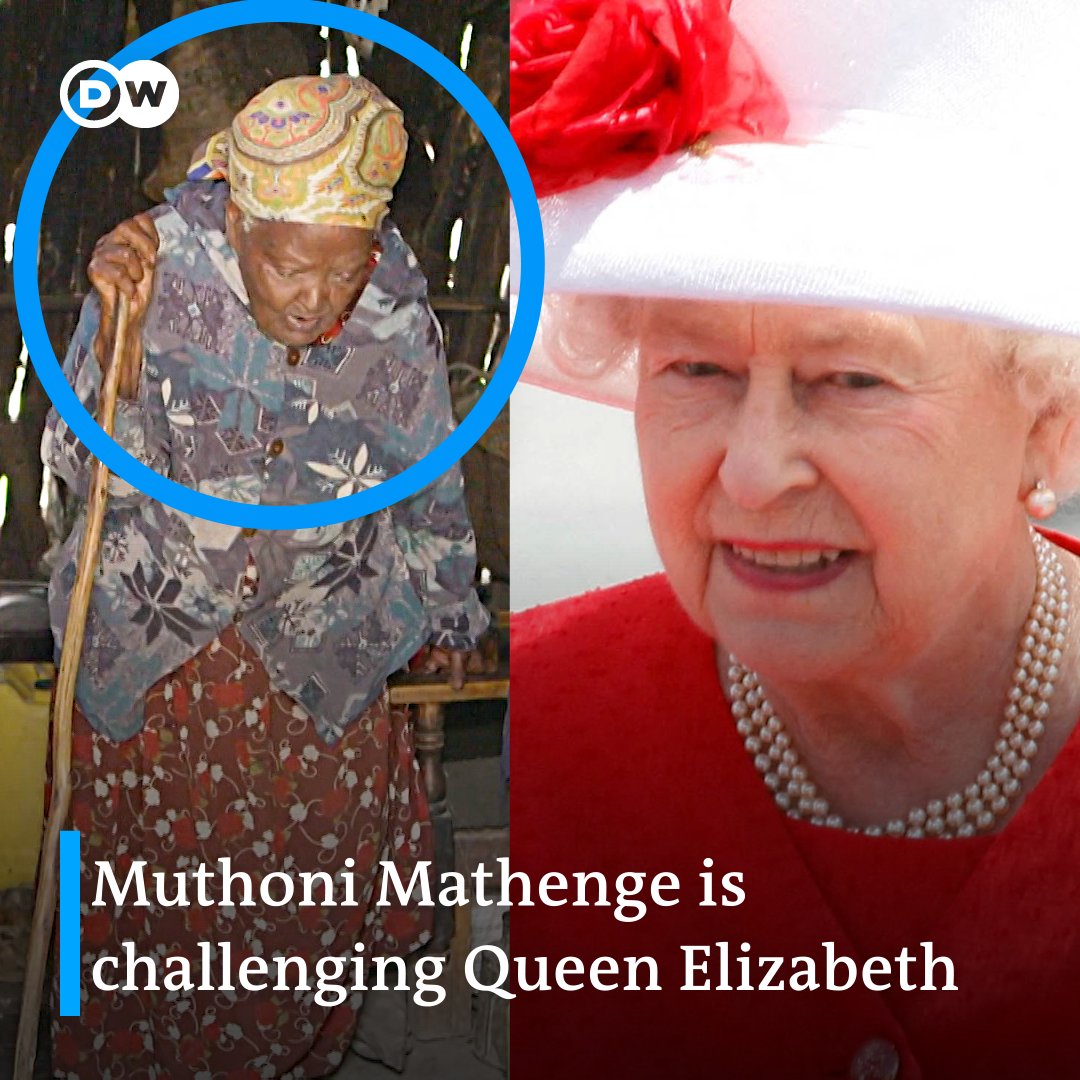 Africa, asked to celebrate the life of #QueenElizabeth, you only celebrate it correctly by showing what exactly the British did to our ancestors! Subjugation. Torture. Murder. Slavery. Looting of our resources. Don’t edit history. Don’t use euphemism. Say it the way it is! 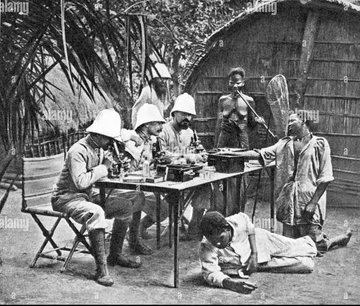 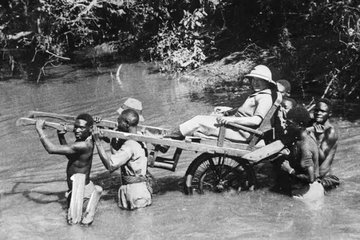 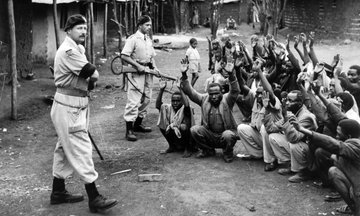 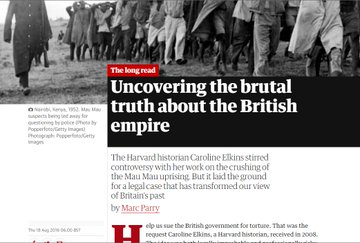 Also read: Queen Elizabeth II Is Direct Lineage Of The Roman Caesars By Blood! (Proven Fact).
Though the Queen-friendly press has tried to downplay her role in the slaughter mentioned above, her racist roots were exposed in a document released last year by the Guardian. The papers revealed that the Queen’s courtiers banned “coloured immigrants or foreigners” from serving in clerical roles in the royal household until at least the late 1960s — when it was no longer considered “acceptable.”
It wasn’t just torture, racism, and covering up her son’s affinity for children either. In one of the most damning admissions to date by the Church of England, the head of the church admitted in 2017 that they “colluded” with and helped to hide the long-term sexual abuse of children and young men.
Archbishop of Canterbury Justin Welby apologized to the victims who spoke out and helped bring their attacker to justice in 2017. However, according to the report on how the church handled the case, as well as the slap on the wrist ex-bishop Peter Ball, received for decades of abuse, ‘justice’ is a loosely thrown around term.
According to the AP, Welby ordered the report after Ball was convicted and imprisoned in 2015 for misconduct in public office and indecent assaults against teenagers and young men over a period of 20 years.
Despite admitting to sexually abusing 18 people, this serial child rapist was let out of prison after only serving 16 months.
The roots of the Church of England go back to the time of the Roman Empire when Christianity entered the Roman province of Britain and is the official state church of Britain. And, the supreme governor of the church is the Queen herself.
As the monarch is the supreme governor, it can be assumed that it took part in the cover up as well.
When not covering for pedophiles or overseeing torture, the Queen was also sympathizing with Nazis. In 2015, the Queen was seen on video giving the Nazi salute, during Hitler’s rise to power.
As TFTP reported at the time, in the video the Queen and the Queen’s mum raise their Nazi salutes proudly for the camera.
According to the Sun:
The film shows the then Princess Elizabeth, just seven, larking about in 1933.
Egging on her sister Princess Margaret, three, is their uncle Prince Edward, Prince of Wales. He was a sympathiser towards Hitler’s Nazi Germany and became King Edward VIII.
The stunning film footage of the Queen performing a Nazi salute is today revealed by The Sun.
The astonishing clip lay hidden for eight decades. The grainy home movie is thought to have been shot in 1933 or 1934, as Hitler rose to supreme power in Germany.
It is a matter of historical record that Edward VIII was, in fact, a Nazi sympathizer which makes the claims of childhood fun by the Queen to defend the video, all but irrelevant. 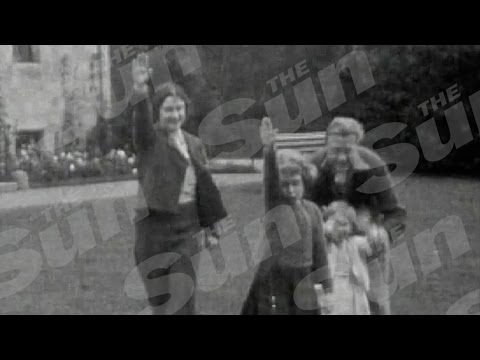 Exposed: All The Queen’s Agents And Corporations That Control The World.
It gets worse, intelligence given to the FBI claimed the Nazis were using the Duke and Duchess to glean information that would scuttle the war effort of the allies and help the Nazis win.
When the Queen isn’t saluting the regime responsible for the horrid deaths of 6 million Jews, she exploits poor and mentally ill individuals.
As TFTP reported, the release of the Paradise Papers, a leak comprised of over 13.4 million documents, exposed the Queen’s insidious exploits of the mentally ill.
The documents included in the leak came from two offshore services providers and the company registries of 19 tax havens, which were obtained by the German newspaper Süddeutsche Zeitung and shared by the International Consortium of Investigative Journalists.
The report from ICIJ claimed that according to records from the offshore law firm Appleby, Queen Elizabeth II’s private estate has invested millions of pounds in a Cayman Islands fund that has a history of taking advantage of poor families:
“Queen Elizabeth II has invested millions of dollars in medical and consumer loan companies, Appleby’s files show. While the Queen’s private estate, the Duchy of Lancaster, provides some details of its investments in U.K. property, such as commercial buildings scattered across southern England, it has never disclosed details of its offshore investments.
‘Yes, the Duchy was aware that the Jubilee Absolute Return Fund was run offshore,’ said Chris Addock, chief finance officer of the Duchy of Lancaster.
The records show that as of 2007, the queen’s private estate invested in a Cayman Islands fund that in turn invested in a private equity company that controlled BrightHouse, a U.K. rent-to-own firm criticized by consumer watchdogs and members of Parliament for selling household goods to cash-strapped Britons on payment plans with interest rates as high as 99.9 percent.”
According to a report from the Guardian, which partnered in sharing the revelations from the Paradise Papers, over the span of more than a decade at least, the Queen’s estate has made significant investments in businesses such as the off-license chain Threshers and the retailer BrightHouse.
In 2017, BrightHouse, which is Britain’s biggest rent-to-own retailer, was ordered to pay 14.8 million pounds to 249,000 customers after the watchdog Financial Conduct Authority found that the retailer was guilty of overcharging customers and intentionally taking advantage of people with mental health problems and learning disabilities.
So, to recap, the queen has overseen horrifying torture and occupation for decades, covered for pedophiles, exploited people with disabilities for personal gain, fleece her subjects for billions in tax revenue, and has a history of sympathetic intentions to the Nazis. And, this is by no means, a comprehensive list… there is still much more.
Her legacy is not kindness, altruism, and majesty — it is colonization, brutality, land disposition, mineral theft, and torture.

After knowing all this, we have to ask ourselves why… why is her face plastered all over televisions, computers, and newspapers? Why are thousands going to weep in the streets for her? Why will corporate media make her out as a hero?
This is not normal. The queen was a monarch, an unaccountable, legally immune descendent of a long line of brutal dictators who continued that role — and no, it wasn’t merely “symbolic.” Society needs to stop celebrating people like this. If we continue to make role models out of abusive tyrants, don’t be surprised when society starts to resemble that very thing.
Reference: TheFreeThoughtProject.com