A Texas-based company recently raised $4.5 million in seed funding to develop and commercialize a revolutionary motor that produces more torque, double the power, and increases range in an electric vehicle versus one using a typical electric motor.

Linear Labs has big claims for its Hunstable Electric Turbine (HET), is expected to perform much better than conventional electric motors found on a Tesla or any other electric vehicle. 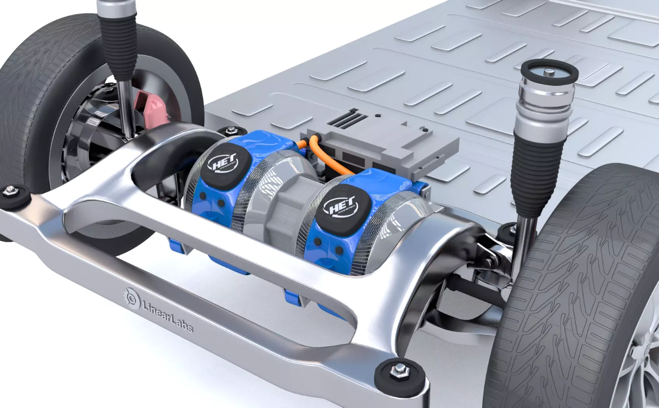 Vehicles with HET motors will eliminate transmission systems, will increase range by more than 10% from a current battery size while allowing the vehicle to have more power and torque. 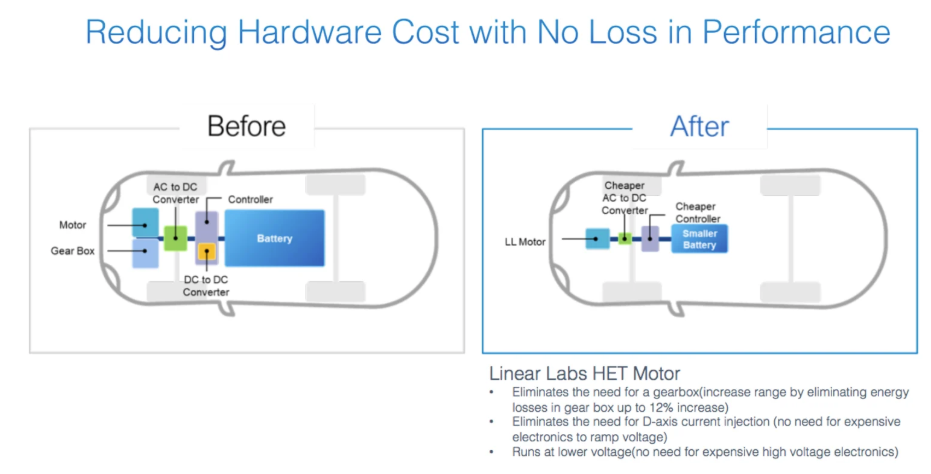 “HET uses four rotors rather than the single unit found in many electric motors that acts on the motor’s coils to create rotation. The number of coils that the rotors interact with is variable thanks to endplates that can be rotated independently so that they weaken the magnetic fields acting on them, allowing the HET to be infinitely variable for power and torque.”

Here, Linear Labs describes HET’s technology as the first significant advancement in electric motors in more than a century.

Several quotes from independent researchers stand out in the video:

“You built the holy grail in electric motors-high torque and no gearbox,” said Henrik Christensen, author of US Robotics National Roadmap Advisor to the President.

HET generates a lot of torque at lower RPMs than a conventional permanent magnet motor, which means it can be constructed out of less expensive and widely available iron ferrite magnates, rather than expensive neodymium. Neodymium is used in motors where maximum torque is produced at high speeds, but it works similarly to iron ferrite at lower RPMs.

This breakthrough would allow US EV manufacturers to ditch sourcing of neodymium from China, and use cheaper and widely available ferrite magnates from other countries.

Linear Labs is currently building prototypes of its new motors for use in various industries. The first transportation application will be in micro-mobility (scooters, electric longboards, e-bikes, and motorcycles) next year, followed by electric cars in 2021.