Dylan Black, who developed narcolepsy after getting the swine flu vaccine. He says the State’s refusal to admit any liability after syndromes similar to his were reported in more than 100 other people across the country after the vaccine is ‘frustrating’. Pictures and video: Larry Cummins

Shadow men crowded around a paralysed Dylan Black, threatening to murder the teenager as he lay in bed with the weight of a man pressed onto his chest.

These night terrors and distressing sleep paralyses were just two of the debilitating symptoms of narcolepsy, a sleep disorder which barged into his life after he received the Pandermix swine flu vaccine in 2010.

Also characterised by extreme exhaustion and, in Dylan’s case, episodes of cataplexy — a partial or total loss of muscle control, often triggered by a strong emotion such as laughter — the conditions “massively” impacted his life, disrupting his education, causing confused trips to the emergency department after falls, isolating him from friends, and triggering anxiety and depression.

Now 23, Dylan, from Douglas, Cork, is one of 100 people taking a case against the State after they developed narcolepsy following that swine flu vaccination.

He says the State’s refusal to admit any liability after similar syndromes were reported in more than 100 other people across the country after the vaccine is “frustrating” and “disappointing”.

Dylan also believes the State is wasting millions of euro on legal fees fighting those cases rather than helping the people involved.

Dylan developed narcolepsy aged 15 but he didn’t get diagnosed until two to three years after. 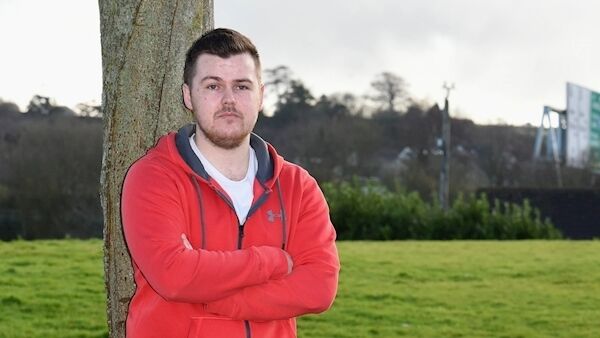 “I started feeling the symptoms after I got the swine flu injection in 2010,” he says. “Before the vaccine, I was very energetic. I played football, rugby, athletics, GAA.

“I used to jump out of bed in the morning for school. But in the first three months after the vaccine I got very lethargic. I didn’t want to get out of bed and I got tired playing sport.

My night terrors were so bad that I didn’t want to sleep at night. I’d see people in the room, hear talking, they’d be threatening me.

“With sleep paralyses, it feels like someone is sitting on top of you. You feel completely paralysed. You hear people talking around you, threatening to kill you, it’s scary. Over time, I found the less you panicked the sooner it would be over.

“And I had cataplexy, so if you laugh or experience any emotion your body would turn to jelly and you’d fall on the floor. It was dangerous. I fell back on my head and had to go to hospital after falls.”

Before the medication, that would happen up to 10 times a day.

“I couldn’t laugh because I knew that would happen,” says Dylan. “It was hard enough. It was fine at home, I could watch a movie and if I collapsed after a minute or two I’d be back to normal.

“But it stopped me wanting to go out with my friends. I had to give up sports too. I was tired, I couldn’t go training. At 10.30am, I’d be falling asleep on the pitch.”

Many friends drifted away as Dylan became increasingly housebound and doctors did not know what was wrong with him.

“I was lucky if I could make it through one full day [of school],” he says. “I suffered anxiety and depression. I was too scared to sleep at night.

“I’d be so tired, but I was afraid to go to sleep with the sleep paralyses and night terrors. From the ages of 16 to 18 it was very hard. I’d do my best to stay awake [in class] but I couldn’t.

“It really affected my Leaving Cert. I had been doing all higher level subjects but narcolepsy affected my memory so I had to drop to lower.”

Things started to change after his mum saw a news report about people getting narcolepsy after receiving the swine flu vaccine.

They were describing the symptoms and mum said: ‘That’s like describing you.’ I went to CUH neurology and up to the Mater where they monitored my sleep. I was diagnosed with narcolepsy and I’ve been experimenting with different meds since. Some would make you sick, or change your mood or your body — you’d gain or lose weight.

“But a sleep specialist in Dublin put me on the medications I’m on now. I still get night terrors and cataplexy but they’re not as bad.”

GlaxoSmithKline’s Pandemrix vaccine was rushed into service to fight the H1N1 virus because of fears in 2009 of a global swine flu pandemic, so it never fully completed clinical trials.

GSK allegedly insisted that the Government indemnify the company or it would not supply the vaccine.

Key data, which indicated that Pandemrix had a 10 times greater risk for serious side effects than a sister vaccine manufactured by the same company, was omitted from Irish medication reports. 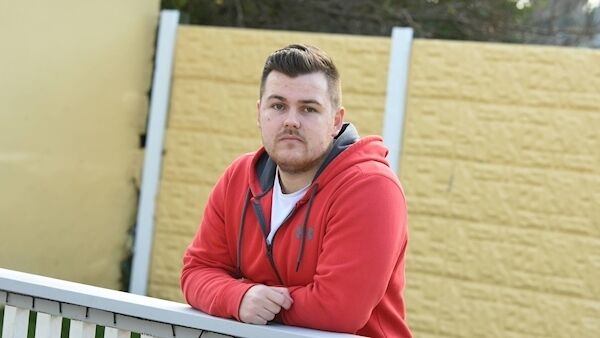 An Irish study later found that narcolepsy was 13 times more likely in vaccinated people in Ireland compared to unvaccinated individuals. Similar results were found in other countries that had licensed the vaccine.

A spokesperson for the Health Products Regulatory Authority (HPRA) said the body does not decide on which vaccines are authorised and the other swine flue vaccine was not available in the EU at the time.

The spokesperson said: “Pandemrix was authorised by the European Commission in September 2009, in accordance with EU guidance and legislation.

Dylan feels the State should have responded with more empathy to those who believe that they were adversely affected by the vaccine, particularly because that vaccine never completed full clinical trials.

“I’m annoyed that the Government has not admitted liability,” he says.

They know the truth but they’re getting away with it anyway.

“That vaccine was rushed out in such a panic. They know there are side effects. What are the odds that 100 people get narcolepsy at the same time? The fact that they’re denying it does frustrate me.”

The State is facing legal and other costs estimated at up to €4m following the settlement with Aoife Bennett last November.

Another 100 people, including Dylan, are taking cases nationwide after developing narcolepsy following the swine flu vaccine.

The Department of Health said: “The minister is pleased that the mediation process was successful in this case and that the parties have been able to come to a resolution without the necessity to continue with legal proceedings. There are a number of other legal cases pending and it would be inappropriate for the minister to comment any further.

“The State Claims Agency has statutory responsibility for the management of claims relating to the HSE, and the minister for health has no role in determining how these cases are conducted.” 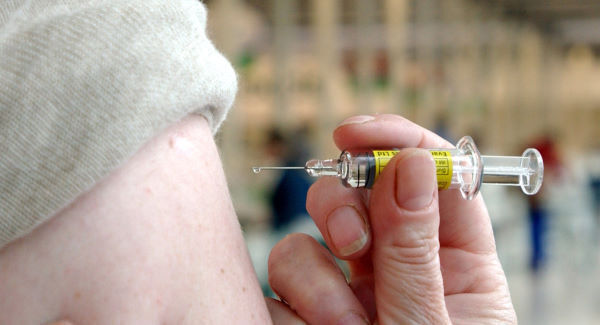 The swine flu vaccine controversy has heightened calls for a vaccine redress board to be set up to support people who believe that they became ill following vaccination.

Tadgh Kennedy, secretary of Sound, a support group for people who developed narcolepsy after receiving the Pandemrix H1N1 swine flu vaccine, said a vaccine redress board should be built into any vaccine scheme.

“People get vaccinated for other people, to give herd immunity, so if there’s a problem, the State should say: ‘Come here, we’ll fix it.’ That’s what a caring society would do,” he said.

Last year, the Health Research Board reported favourably on no-fault vaccination compensation schemes which operate in other countries.

A no-fault vaccine injury compensation programme (VICP) has been considered here since 2001, when the Oireachtas Joint Committee on Health and Children recommended that a vaccine damage compensation scheme be set up at the earliest possible date.

In 2007, the Vaccine Damage Steering Group was established by the Department of Health and Children to review the issue further.

This review culminated in the publication of a report by the Steering Group in 2009, which again recommended the establishment of a VICP.

The current programme for government includes a commitment to establish a scheme, on a no-fault basis, that will respond to the needs of people with disability arising from vaccination.

However, Mr Kennedy is not optimistic on a VICP being established in Ireland any time soon.

“They’ve been talking about a vaccine redress board since 2001,” he said.

In 2016, it was part of the programme for government and a judge is looking at it now but it’s still pie-in-the-sky.

Mr Kennedy was scathing of the State’s refusal to admit liability in the recent case of Aoife Bennett, in which the 26-year-old took a case against the Minister for Health, the HSE, and GlaxoSmithKline Biologicals, as well as the Health Products Regulatory Authority after she developed narcolepsy following the vaccine.

The case was settled for an undisclosed sum without an admission of liability.

“The Government seems to have been celebrating the fact that they managed to pay off one of their citizens after a bit of verbal gymnastics in court,” said Mr Kennedy.

A spokesperson for the HSE said: “An expert group was established in June of last year, under Judge Meenan, to examine the law in relation to personal injuries arising in the healthcare context and to explore alternative mechanisms by which claims could be managed more effectively, particularly from the perspective of the person on whose behalf a claim has been made.” The spokesperson said that the recommendations from this group will be taken into account in relation to the development of any vaccine compensation scheme.

“In addition, the Health Research Board recently completed a review of the evidence on vaccine injury redress programmes in other jurisdictions and this report will also be considered in conjunction with the expert group’s recommendation.”

The story has been amended