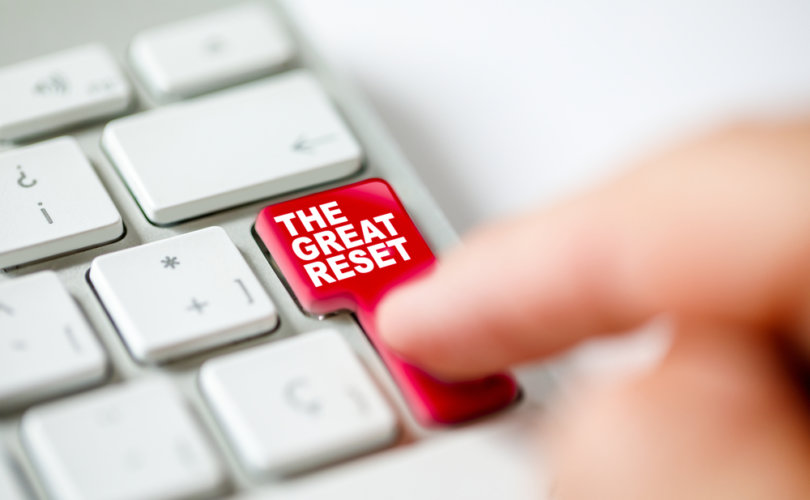 (LifeSiteNews) — Since the advent of COVID totalitarianism, the Great Reset — the brain child of Klaus Schwab and his World Economic Forum (WEF) — has taken center stage as a potential threat to the human race and any hope of living in a pre-COVID society.

Many are worried that this threat will come to fruition and that we will be living in a science fiction totalitarian state. However, I believe it will fail, and I would go as far as saying I am certain it will fail.

Some have claimed that the movement to change the landscape of human society is nothing more than a “conspiracy theory” thought up by crazy people who wear tin hats and prattle on about aliens and lizard people. However, it is a real thing and it is no conspiracy.

A conspiracy is a hidden or clandestine maneuver to do something evil — a secret evil plan. The Great Reset is in plain sight and the Schwabian progenitors of the movement are more than happy to be in the public eye.

It was at the heart of last year’s Davos agenda, and all the usual leftist players are implicated as part of the open conspiracy. Celebrities, former heads of state, scientists, and “experts” of all kinds are on board for a new technocratic way of life that throws away the old world order to usher in the new.

According to the reset crowd, “you will own nothing and be happy,” and you may start eating bugs … in order to save the planet, or something.

Now, none of this is to say that Schwab and the maniacs behind the reset are not serious in their intent, or that they are not capable of being dangerous. The ideas of the Great Reset are very dangerous, and various world leaders have at least tacitly bought in. This is worrisome.

Nonetheless, I am convinced the plan will ultimately fail, even if while failing it has and will cause damage.

How can I make such a bold claim that I am “convinced” the reset will fail?

Well, I know it will fail because it is insane.

I do not mean insane in a colloquial sense; I mean it is legitimately an insane plan that exists in contradiction with reality.

The term insanity has an etymological background that is found in words meaning things like “extreme folly” or “unsoundness of mind.”

In essence, an idea or a person is insane if they live in fantasy land, and act as if things that aren’t real are in fact real.

This is why when you see a poor soul walking down the street in a big city going on about alien abduction or the like, you realize that the person is insane; they exist in a state of mind that is broken from reality.

The people behind the Great Reset are, in my opinion, insane.

They want us to eat bugs, to own nothing, to live in a COVID-topia indefinitely, stop having children, stop driving cars, vaccinate every man woman and child on earth, and wear masks that operate on artificial intelligence.

The presenter of this ridiculous talk boldly — or stupidly — claims, “We are probably one of the last generations of homo sapiens.”

Apparently, this man knows that the human race is about to be obsolete.

That clip is taken from a larger talk called “Will the Future Be Human?”

There will be an End Times and a New Heaven and a New Earth, but Jesus Christ said we “do not know the hour nor the day,” when that will happen. I will certainly not take some lunatic from the WEF seriously on the topic.

The presenter goes on to compare the Soviet KGB to the Spanish Inquisition, which also shows he is a complete and utter moron when it comes to understanding history.

He talks about being able to “hack a human being,” as if the human person is a computer.

He seems to want to be some sort of god: “Science is replacing evolution by natural selection with evolution by intelligent design.”

Wow, apparently, he is an intelligent design theorist, but it is not a design by God Almighty, but some sort of whacked-out atheist theory wherein an ill-defined “science” shapes the design of human life.

There was a spiritual being who tried to take God’s place at the beginning of time, maybe you have heard of him — his name is Lucifer.

If you do not know what the acronym LARP stands for, it signifies Live Action Role Playing. This is a fancy way of describing grown-ups who play make believe.

There is nothing wrong with a LARP in the right context. I have never been to a Renaissance Fair, but I have heard it is fun to pretend to live in a different time by wearing costumes and speaking with a put-on accent.

I also have enjoyed historical re-enactments of military battles, wherein men really get into character and play the part.

However, when a child is playing make believe and it is time for supper, we tell them to take off the costume and start being a real boy again.

The Great Reset crowd, however, did not get the memo. They are so committed to pretending to be mad scientists from sub-par Marvel movies that they just can’t help themselves.

Not only are we supposed to believe that some group of pseudo-Bond villains will acts as gods engineering the human race, but these same people are excited about becoming cyborgs … I am not kidding.

The woman who begins the presentation expresses her excitement at the prospect of becoming a cyborg, which is a hybrid of human and machine. She is not joking — she actually wants to be a cyborg.

This sort of behavior is a LARP of epic proportions.

Again, if you are confident in telling the world, in a room full of adults, that you want to be a cyborg … You. Are. Insane.

Perhaps someone may retort and suggest that the foot-soldiers of the Great Reset are the insane ones, but the masterminds behind the plan are savvier. This may be true, but if you hire insane people to work for you, then you might be insane as well.

This has happened before

Have you ever heard the term “technocracy?”

It is not just a word used to describe a techy world or a tech world order; it was a philosophy and a movement from decades ago.

There was an official Technocrat Magazine that said many of the same thing as the WEF Great Reset crowd says today. There was talk of new types of economy, robots, different types of energy, and a governmental system run by a “scientific procedure.”

Here is a presentation by a man named Arvid Peterson wherein he explains the technocratic revolution:

If you watch the presentation it looks like an out-of-date WEF presentation, with similar ideas but low-tech.

The thinkers behind the movement wanted to replace money with “energy certificates,” which would be distributed by the technocracy to citizens based on mathematical formulations. Today we call his idea “carbon credits,” or something of the like.

Proponents of the idea believed they were ushering in a new form of Plato’s idea of “philosopher kings,” where people with special knowledge organized society with sound ideas.

The fatal flaw, however, is that technocrats — like their Great Reset spawn — don’t understand what human beings are, and therefore cannot govern them.

So long as the Schwab disciples prattle on about engineering humans like machines, we can be sure that they will fail, because they simply do not know what humans are, and therefore cannot govern them.

You and I are human beings, and we are free. We will not live as slaves to some lunatic science fiction cult.

The reset crew is no different than any antagonist in Shakespeare, or Virgil, or Homer, or Scripture; their own folly will be their demise, and the truth will prevail along with the sane people. 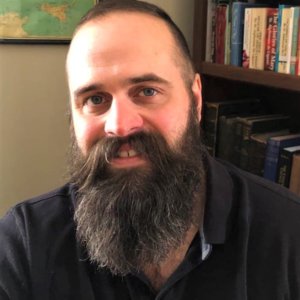 Kennedy Hall is an Ontario based journalist for LifeSiteNews. He is married with children and has a deep love for literature and political philosophy. He is the author of Terror of Demons: Reclaiming Traditional Catholic Masculinity, a non-fiction released by TAN books, and Lockdown with the Devil, a fiction released by Our Lady of Victory Press. He writes frequently for Crisis Magazine, Catholic Family News, and is on the editorial board at OnePeterFive.