GENEVA – May 26, 2020 – In a major development which cuts against Bill Gates’ own policies and modeling, the director of Public Health of the World Health Organization (WHO) since 2005 , María Neira , said  Monday May 25th 2020 that the models they work with are “increasingly” ruling out a second major wave of the coronavirus . Her role is of particular importance to the operation of WHO in the EU.

Neira has nevertheless called for “great caution” and “common sense” in this “very critical” phase of the pandemic, that of the de-escalation , and, in statements to RAC-1, has requested that the population not have “or paranoia nor excessive relaxation “, and” learn to live with infectious diseases “.

“There are many models that advance many probabilities. They speak from a punctual regrowth to a major wave , but this last possibility is increasingly being ruled out. We are much better prepared in all areas, ” said the Spanish doctor.

According to Neira, “ we have lowered the transmission rate so much that the virus will have difficulty surviving . We must be very careful to say whether this is the end of the wave, but the data at least shows us that the transmission and explosion of the first weeks have been avoided.

However, she pointed out that “it is worth not making many forecasts because the next few weeks are a very critical phase.” 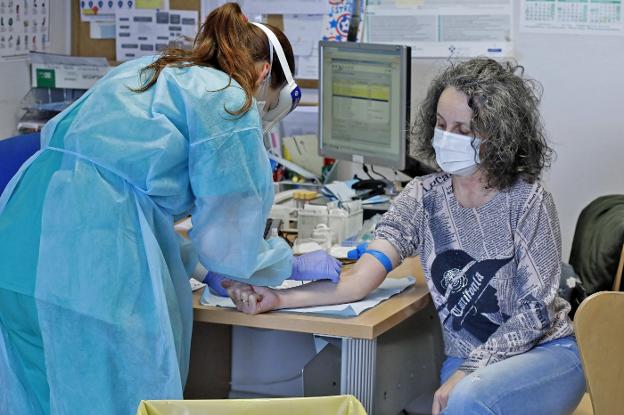 “With the re-opening [ of society – ed] you have to see how the virus behaves. We hope there will be no other outbreaks, but it will be a day-to-day battle. In two or three weeks we will see what has happened and if it is necessary to correct it surgically ”, she indicated about the de-escalation in phase 1 that all of Spain has entered.

Neira has acknowledged that the WHO still has “certain doubts about the relationship of the virus with the weather” , although they are seeing that “it is doing the geographical route expected of a virus that wants to survive”. 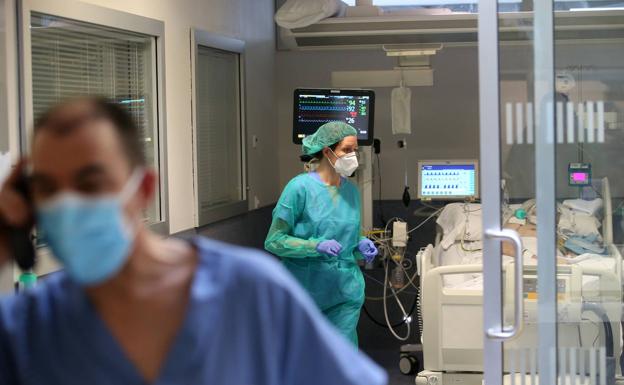 “Immunity numbers are very low. You have to be very vigilant in the de-escalation, ” warned the specialist again, who admitted that “Brazil is already the second country with the most cases. ”

This refers to evidence that the WHO cannot yet formally recognize relating to the novel coronavirus, that sunlight and warm weather both limits the contagion and increases the immune system capacity of both infected and potentially infected individuals, and therefore communities at large.

Reasons Behind the WHO Changing its Forecast

The WHO has received tremendous criticism over their vacillating position on coronavirus measures, and a series of incoherent recommendations stemming from that.

First the WHO informed the US (for example) that a shut-down and border closure would be over-reach, and then by swinging wildly in the other direction by using a projection model far beyond the realm of possibility.

The US was the first country to begin to push against the predictive contagion model in a serious way beginning with major announcements on Arpil 13th, 2020. The prior projections were developed by institutions which effectively worked for Bill Gates. These were  the (US) CDC through Gates beneficiary Dr. Fauci, and the WHO for which Gates’ philanthropy consists of a figure close to 10% of its operating budget.

That predictive contagion model resulted in recommendations to national governments which resulted in the total shut-down of those economies. The impact of those shut-downs in terms of health and lives has already exceeded the realized consequence of the virus pandemic itself. In the US alone, a 1% increase in unemployment indirectly causes some 37,000 deaths.

In the UK, this model is known as the Imperial College projection model, and was promoted by the now disgraced Neil Ferguson. He was forced to resign from one of his posts, nominally for ‘breaking the rules on lockdown’, but any cursory understanding of the leeway which public officials have been granted this domain strongly suggests that his termination was the consequence of his model. Ferguson’s Imperial College team projection resulted in the greatest single destruction to the British economy since the German bombing of London in WWII for eight months between September of 1940 through May of 1941.

National governments have realized that ‘the emperor has no clothes’, but have been reluctant to say so directly. Instead, there have been increasing efforts to simply side-step his ‘expertise’, which has included significant push-back against WHO recommendations.

Even China rejected the WHO’s demand to ‘collaborate’ on a review of its own containment policy, as China has been engaged in an in-house investigation of the Wuhan lab and those who worked with Dr. Fauci’s ‘Chinese CDC’ there. Working around an Obama-era ban in the US, Fauci managed to send over 4.7 million USD to establish a parallel institution in Wuhan, in collaboration with possibly corrupt local Chinese officials who approved the establishment of an ‘HIV vaccination’ lab. The idea pitched to the Chinese by Dr. Fauci is that a virus could be created artificially which would provoke an immune antibody response that would also protect the African populations against HIV. This would be considered far more realizable than attempting to physically vaccinate the billion residents of the African continent.

Bill Gates, despite neither having an education in medicine, pharmacology, or public health, has nevertheless been the primary ‘expert of reference’ in Western Media. Moreover, his opinions have become regarded as ‘facts’ which cannot be disagreed with in social media spheres or in public political discourse. Disagreements with Gates’ opinions are labelled as ‘fake news’ or ‘misleading information’, etc.

More troubling is that the opinions of Bill Gates and the companies and health advisory institutions that he has effectively captured through what he terms ‘philanthropy’, have set the agenda for a significant number of governments around the world. This is a process sometimes referred to as regulatory capture.

Therefore, this big announcement from the WHO appears to be a face-saving maneuver, as it was faced with the specter of being viewed as an unreliable organization that had become the the target of regulatory capture by the Bill and Melinda Gates Foundation.

These developments at the WHO, which previously touted the likelihood of a second wave also come as testing for a coronavirus vaccine have resulted in a series of failures from two of the leading Bill Gates backed vaccine research labs, Moderna and OVG.

Why Maria Neira and not Tedros Adhanom Ghebreyesus?

Institutional changes work a long a course which navigates the complexities of the relationships and the related statuses involved. As Ghebreyesus as an African represents the WHO’s strong efforts and presence across all of Africa, Neira in her leading role in the organization also represents Europe-wide interests. Europe’s economic devastation has been significant, but it appears that Europe wants to come to terms more diplomatically than the US has. This is represented by Neira’s big announcement on Monday.

The US announced its change of course externally, through US President Trump. Trump cut the WHO off from funding, and then a month later issued a 30 day warning for them to effectively change position on the coronavirus, through a process which Trump termed, ‘ending corruption’. That is a reference to Bill Gates’ influence on the predictive contagion models, as well as the insistence that only a vaccine could help guarantee that the western world could end social distancing measures and re-open their respective economies.

These articles outline the course of US/ Trump moves against Gates and Fauci. More journalism and reportage can be found using relevant terms on the search feature located at the front page of FRN on the top.