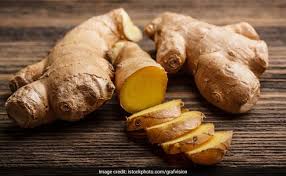 Bowel and digestive problems like ulcerative colitis can be among the most discomforting and disruptive affronts to a person’s lifestyle and overall well-being. What if adding a healthy dose of ginger to your diet could prevent indigestion, inflamed insides and even protect you from colon and rectal cancers? The evidence says, it can

Ulcerative colitis (UC) is a chronic inflammatory bowel condition affecting more than 750,000 people in North America.[i] The disorder, a form of inflammatory bowel disease (IBD), causes open sores or ulcers to develop in the lining of the large intestine. Unlike Crohn’s, another form of IBD that can affect the entire digestive tract, colitis affects only the inner surface of the large intestine.[ii]

Ginger: An Antidote to Oxidative Stress

Oxidative stress reflects an imbalance between the body’s antioxidant defense mechanisms and the activity of free radicals, errant electrons that are known to cause damage to healthy cells and tissues.[iv] Oxidative stress is believed to play an essential role in the initiation and severity of ulcerative colitis (UC).

Researchers at Shahid Beheshti University of Medical Sciences, Tehran, Iran, explored the use of ginger (scientific name: Zingiber officinale), a well-known antioxidant plant root, on the quality of life, disease activity and oxidative stress of patients with UC.

Published in the journal Complementary Therapies in Medicine,[v] researchers assembled 46 patients with active cases of mild to moderate UC. Patients were randomly assigned to receive either ginger or a placebo, with ginger group subjects consuming 2,000 milligrams (mg) per day of dried ginger powder in four capsules, and the placebo group receiving similar, non-active capsules.

The trial was conducted for a period of 12 weeks, with measurements taken before, at midpoint, and at the end of intervention, using valid and reliable quality of life and disease activity questionnaires and blood sampling.

Results of this study were highly favorable towards the use of ginger in the treatment of ulcerative colitis. After just six weeks of supplementation, blood tests showed that levels of malondialdehyde, an organic compound that is a marker of oxidative stress, were significantly reduced. After 12 weeks, this marker was barely detectable.

GreenMedinfo has more than 300 scientific abstracts on the powerful, disease-prohibiting effects of ginger, one of the world’s most powerful natural-healing substances. It’s undoubtedly one of the best plants to include in your herbal apothecary, having proven to be effective against the most prevalent diseases of the modern era, such as heart disease, stroke, cancer, and diabetes.

Ginger’s protective effect against cancer may be among it’s most potent attributes. Zerumbone, one of ginger’s isolated active compounds, has been shown to inhibit colon and lung carcinogenesis in mice. Another active compound that has been isolated in ginger — zingerone — has “massive pharmacological properties” and has been validated in studies as a promising treatment against colorectal cancer.[vi]

Ulcerative Colitis Has Many Causes and Symptoms

While the exact cause of ulcerative colitis (UC) is unclear, factors such as poor dietary habits and periods of extreme stress are often predicators. Characterized as an overactive immune response, the body may be reacting to food sensitivities, imbalanced bacteria in the gut or exposure to viruses that cause inflammation.

Individuals with at least one diagnosed autoimmune condition may be at higher risk for developing UC. Signs that an individual might have ulcerative colitis include:

Ulcerative colitis can cause significant discomfort. Patients typically experience frequent diarrhea, which can be accompanied by mucus and blood. If the patient develops chronic bleeding, anemia (low red blood cell count) can develop along with accompanying chronic fatigue.

Some patients experience an inability to eat or move their bowels normally, which can be accompanied by severe weight loss and dehydration, further disrupting normal life activities.

Ulcerative Colitis Is a Life-Changing Diagnosis

Ulcerative colitis is diagnosed via an array of tests, some or all of which may be ordered by your doctor. These tests include stool samples, blood tests to detect anemia, X-rays and CT scans. In addition to these tests, when a patient complains of abdominal pain or “bathroom issues,” the doctor may order imaging to examine the lining of the digestive tract.

The most common imaging procedures used to diagnose IBD are endoscopy and colonoscopy. Endoscopy can be done on the upper and lower digestive tract, with upper endoscopy performed by inserting a thin, flexible camera called an endoscope down the throat. Lower endoscopy, or colonoscopy, is performed by inserting the endoscope into the rectum to explore the lower intestine. Both procedures are done under light sedation.

Patients who undergo colonoscopies will be checked for polyps, small growths inside the colon or rectum. If polyps are detected, a biopsy is typically performed to detect if cancer cells are present.[vii] By ruling out colon cancer, a more definitive diagnosis of UC can be made.

UC can present across the spectrum of severity, from infrequent, acute episodes to a debilitating chronic condition. What is common to all sufferers is the potential for severe complications if left untreated and unmanaged. Possible complications of ulcerative colitis include:

Don’t ignore the warning signs: consult your doctor if you experience symptoms of colitis. While UC is rarely fatal, it is important to begin treatment as soon as possible upon diagnosis to prevent serious, potentially life-threatening complications from developing.

With Proper Treatment, Ulcerative Colitis Is a Manageable Condition

Much like the disease symptoms that can present across a spectrum of severity, treatments for UC range widely in scope and intensity. At early stages of UC, lifestyle changes such as dietary modification and proper stress management may prove sufficient to remediate the condition.

UC patients are frequently prescribed immunosuppressant drugs in an attempt to cease the abnormal immune system response that is believed to be attacking the colon from within.

In more severe and persistent cases of UC, treatment options can escalate to include full or partial removal of the lower colon (a colectomy), inclusive of the rectum in a proctocolectomy. In such cases, patients may require an ostomy, a surgery in which a new body opening is created and attached to a stoma and collection bag, effectively rerouting bodily waste.[ix]

Explore the natural health benefits of ginger and add this delicious and nutritious plant root to your shopping list today!