“If the American people ever allow private banks to control the issue of their currency, first by inflation, then by deflation, the banks…will deprive the people of all property until their children wake-up homeless on the continent their fathers conquered…. The issuing power should be taken from the banks and restored to the people, to whom it properly belongs.” – Thomas Jefferson in the debate over the Re-charter of the Bank Bill (1809)

“I believe that banking institutions are more dangerous to our liberties than standing armies.” –Thomas Jefferson

“… The modern theory of the perpetuation of debt has drenched the earth with blood, and crushed its inhabitants under burdens ever accumulating.” -Thomas Jefferson 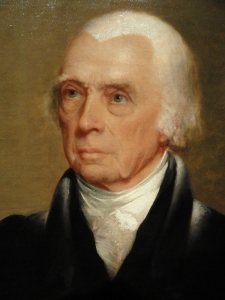 “History records that the money changers have used every form of abuse, intrigue, deceit, and violent means possible to maintain their control over governments by controlling money and its issuance.” -James Madison

“If congress has the right under the Constitution to issue paper money, it was given them to use themselves, not to be delegated to individuals or corporations.” -Andrew Jackson 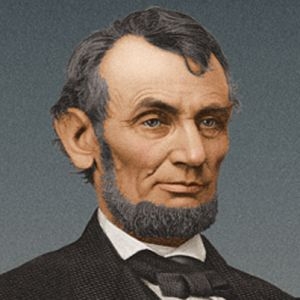 “The Government should create, issue, and circulate all the currency and credits needed to satisfy the spending power of the Government and the buying power of consumers. By the adoption of these principles, the taxpayers will be saved immense sums of interest. Money will cease to be master and become the servant of humanity.” -Abraham Lincoln

“Issue of currency should be lodged with the government and be protected from domination by Wall Street. We are opposed to…provisions [which] would place our currency and credit system in private hands.” – Theodore Roosevelt 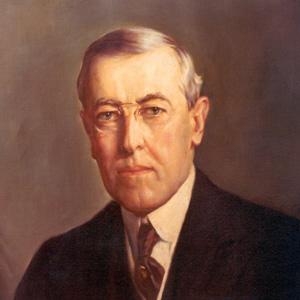 Despite these warnings, Woodrow Wilson signed the 1913 Federal Reserve Act. A few years later he wrote: “I am a most unhappy man. I have unwittingly ruined my country. A great industrial nation is controlled by its system of credit. Our system of credit is concentrated. The growth of the nation, therefore, and all our activities are in the hands of a few men. We have come to be one of the worst ruled, one of the most completely controlled and dominated Governments in the civilized world no longer a Government by free opinion, no longer a Government by conviction and the vote of the majority, but a Government by the opinion and duress of a small group of dominant men.” -Woodrow Wilson

Years later, reflecting on the major banks’ control in Washington, President Franklin Roosevelt paid this indirect praise to his distant predecessor President Andrew Jackson, who had “killed” the 2nd Bank of the US (an earlier type of the Federal Reserve System). After Jackson’s administration the bankers’ influence was gradually restored and increased, culminating in the passage of the Federal Reserve Act of 1913. Roosevelt knew this history.

The real truth of the matter is,as you and I know, that a financial
element in the large centers has owned the government ever since
the days of Andrew Jackson… -Franklin D. Roosevelt
(in a letter to Colonel House, dated November 21, 1933)

“When a government is dependent upon bankers for money, they and not the leaders of the government control the situation, since the hand that gives is above the hand that takes… Money has no motherland; financiers are without patriotism and without decency; their sole object is gain.” – Napoleon Bonaparte, Emperor of France, 1815

“The death of Lincoln was a disaster for Christendom. There was no man in the United States great enough to wear his boots and the bankers went anew to grab the riches. I fear that foreign bankers with their craftiness and tortuous tricks will entirely control the exuberant riches of America and use it to systematically corrupt civilization.” Otto von Bismark (1815-1898), German Chancellor, after the Lincoln assassination

“Money plays the largest part in determining the course of history.” Karl Marx writing in the Communist Manifesto (1848).

“That this House considers that the continued issue of all the means of exchange – be they coin, bank-notes or credit, largely passed on by cheques – by private firms as an interest-bearing debt against the public should cease forthwith; that the Sovereign power and duty of issuing money in all forms should be returned to the Crown, then to be put into circulation free of all debt and interest obligations…” Captain Henry Kerby MP, in an Early Day Motion tabled in 1964.

“Banks lend by creating credit. They create the means of payment out of nothing. ” Ralph M Hawtry, former Secretary to the Treasury.

“… our whole monetary system is dishonest, as it is debt-based… We did not vote for it. It grew upon us gradually but markedly since 1971 when the commodity-based system was abandoned.” The Earl of Caithness, in a speech to the House of Lords, 1997.

“The bank hath benefit of interest on all moneys which it creates out of nothing.” William Paterson, founder of the Bank of England in 1694, then a privately owned bank

“Let me issue and control a nation’s money and I care not who writes the laws.” Mayer Amschel Rothschild (1744-1812), founder of the House of Rothschild.

“The few who understand the system will either be so interested in its profits or be so dependent upon its favours that there will be no opposition from that class, while on the other hand, the great body of people, mentally incapable of comprehending the tremendous advantage that capital derives from the system, will bear its burdens without complaint, and perhaps without even suspecting that the system is inimical to their interests.” The Rothschild brothers of London writing to associates in New York, 1863.

“I am afraid the ordinary citizen will not like to be told that the banks can and do create money. And they who control the credit of the nation direct the policy of Governments and hold in the hollow of their hand the destiny of the people.” Reginald McKenna, as Chairman of the Midland Bank, addressing stockholders in 1924.

“The banks do create money. They have been doing it for a long time, but they didn’t realise it, and they did not admit it. Very few did. You will find it in all sorts of documents, financial textbooks, etc. But in the intervening years, and we must be perfectly frank about these things, there has been a development of thought, until today I doubt very much whether you would get many prominent bankers to attempt to deny that banks create it.” H W White, Chairman of the Associated Banks of New Zealand, to the New Zealand Monetary Commission, 1955.

“Money is a new form of slavery, and distinguishable from the old simply by the fact that it is impersonal – that there is no human relation between master and slave.” Leo Tolstoy, Russian writer.

“It is well enough that people of the nation do not understand our banking and money system, for if they did, I believe there would be a revolution before tomorrow morning.” Henry Ford, founder of the Ford Motor Company.

“The modern banking system manufactures money out of nothing. The process is, perhaps, the most astounding piece of sleight of hand that was ever invented. Banks can in fact inflate, mint and un-mint the modern ledger-entry currency.” Major L L B Angus.
“The study of money, above all other fields in economics, is one in which complexity is used to disguise truth or to evade truth, not to reveal it. The process by which banks create money is so simple the mind is repelled. With something so important, a deeper mystery seems only decent.” John Kenneth Galbraith (1908- ), former professor of economics at Harvard, writing in ‘Money: Whence it came, where it went’ (1975).

As Nicolas Trist – secretary to President Andrew Jackson – said about the incredibly powerful privately owned Second Bank of the United States, “Independently of its misdeeds, the merepower, — the bare existence of such a power, — is a thing irreconcilable with the nature and spirit of our institutions.” (Schlesinger, The Age of Jackson, p.102)