This is the kind of series I’d hope I’d never have to write.

And yet, here we are. After three years of doing my best to serve the groundswell that is the Patriot movement in the United States, and six total, being on the total warpath for Trump, I must now bring to you what are possibly the most important articles I will ever have to write which will reveal corruption, and contempt for the American people at the highest levels. This will be a three part series, released over the next few hours, so please, pay close attention to everything I’m about to tell you, because the future of the Republic now hangs in the balance.

I also sincerely hope that everyone Marching and demonstrating in DC today takes the time to read this and inform everyone around them about this series, as you will not know what to do unless you read them. The information contained within will be that vital, and you must understand it.

But I need to set the stage first. To understand everything I’m about to tell you, we have to go back; back to the fateful night of July 10th, 2016, when the then 27-year-old Seth Rich was found with two gunshot wounds in his back in the Bloomingdale neighborhood in DC, near his favorite bar.

Rich would succumb to his wounds shortly thereafter, leading to rampant speculation as to the motive for his murder, and despite his family suing various individuals and corporations along the way, many were still left thinking that Rich was murdered by the the DNC and the Clinton Machine for, they speculated, leaking incriminating DNC files to Julian Assange and Wikileaks, eventually causing Hillary to lose the 2016 election, and to fuel the then-nascent Pizzagate investigations, as millions of concerned patriots became aware of just what exactly these leaked e-mails implied. After much research and deliberation, a large contingent of the community would go on to posit that two MS-13 gang members had been involved in the murder of Seth Rich, acting as guns for hire in a not-so-random hit. Two potential suspects would turn up dead in a nearby area shortly thereafter; perhaps the result of a kind of clean-up job. 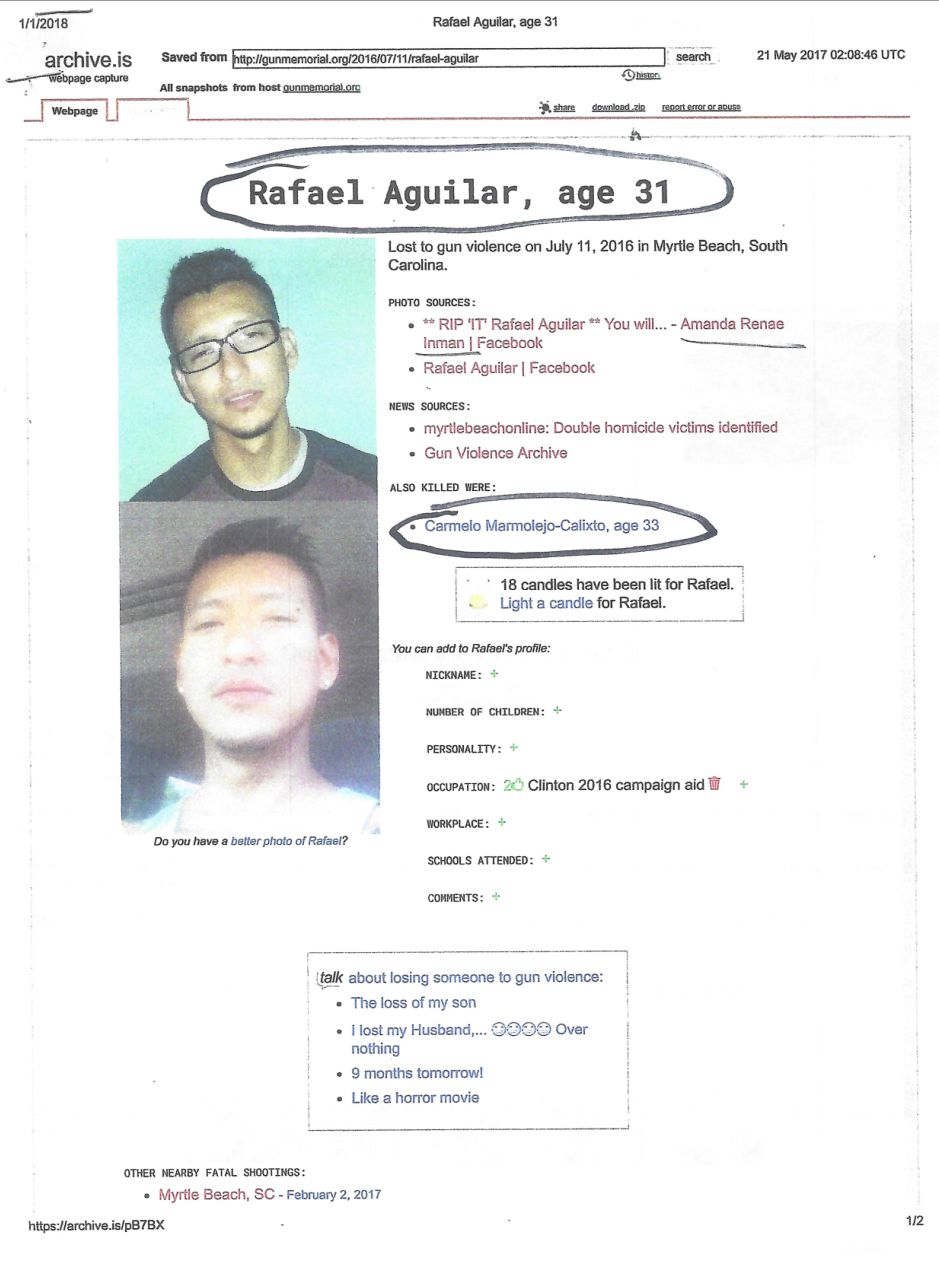 So the emails were out in the wild, Hillary would lose, Pizzagate would take off, and Seth Rich would end up dead. That was how this series of events was understood by many, and for many, that’s precisely where it all ended. Many would go on to honor Rich’s memory, but the case was effectively dead and most of the world had moved on.

That is, until today.

Thanks to new whistleblower testimony, a connection has come to light.

Joseph Rosati is a DEA agent, and according to the whistleblower, someone considered a “cleaner” by higher ups in Washington D.C.

According to whistleblower testimony I have now received, Joseph Rosati is, in fact, the man who hired two MS-13 agents to shake down Seth Rich that fateful night. The intention that night, according to the whistleblower, wasn’t to murder Rich, but to scare him into submission and shake him down for a USB key he was supposedly still carrying on his person – perhaps containing even more revelations, and destined for Wikileaks? Instead, what ended up happening was Rich fought back and then ran when confronted by the armed men, and was subsequently shot in the back by the panicked MS-13 goons.

Rosati was supposedly on the scene, overseeing the whole debacle.

The whistleblower would go on to say that they would take the USB key and flee the scene because they had never intended to kill Rich in the first place, and in a moment of panic, a young man’s life was cut short.

And again, shortly after this, two MS-13 members would turn up dead.

According to this whistleblower, Joseph Rosati was the man responsible for orchestrating all of this.

If there’s any doubt that this man actually exists, his name can be found alongside other DEA agents in a 2010 lawsuit, where he is cited as one of the defendants:

And now the obvious question emerges…

If Joseph Risoti was the one responsible for orchestrating the attack on Seth Rich, and potentially “cleaning up” the two MS-13 agents after the shakedown went south… who put him up to it?

That’s where things get interesting…