31 years ago, the Japanese stock market hit a record high. It remains 38% below that high (not adjusted for inflation), crushing the global narrative that ‘buy and hold’ in stocks works “over the long run.” 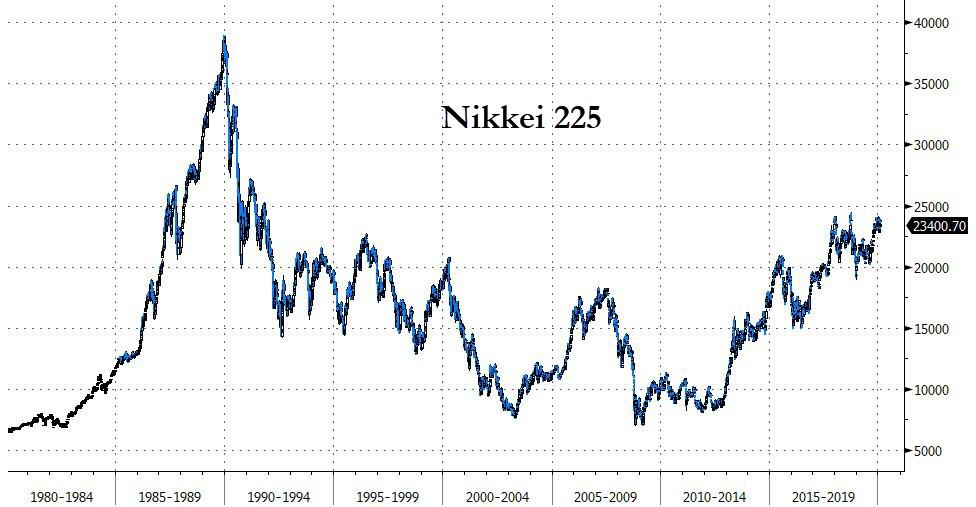 Are the Japanese losing faith in their stock market?

7 years ago, Shinzo Abe launched the three arrows of Abenomics, promising that by drastically expanding the Bank of Japan’s balance sheet and buying every ETF and bond available would prompt a resurgence in the Japanese economy and crush the so-called “deflationary mindset.” 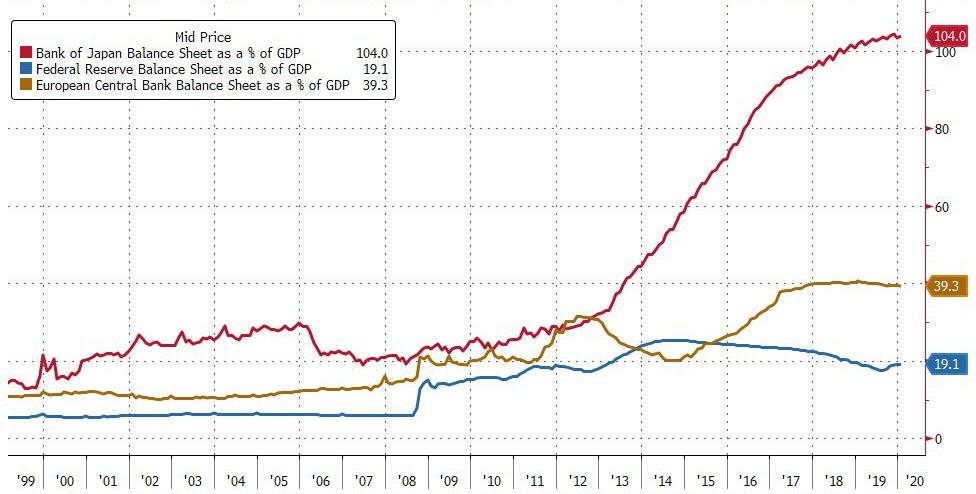 As is clear from the explosion in the BoJ’s balance sheet relative to the Japanese GDP, Abenomics has been a dismal failure.

Are the Japanese losing faith in their economy and its economic overlords omnipotence?

The last few days has seen something odd take place in the FX markets. The typically strong correlation between USDJPY and gold prices has decoupled drastically 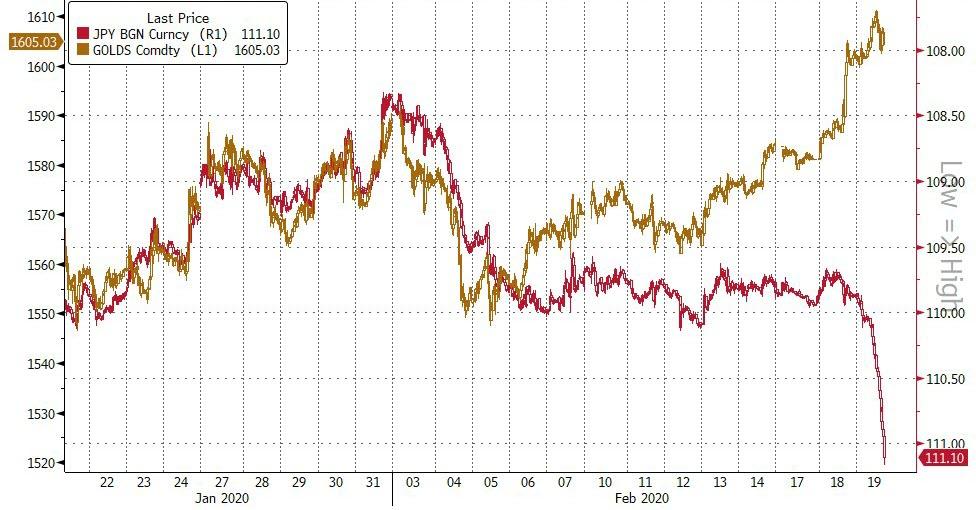 Notice that for the last few years, gold and JPY have been very well contained, something we noted in 2014 as suggesting the BoJ quietly pegged the yen to gold… 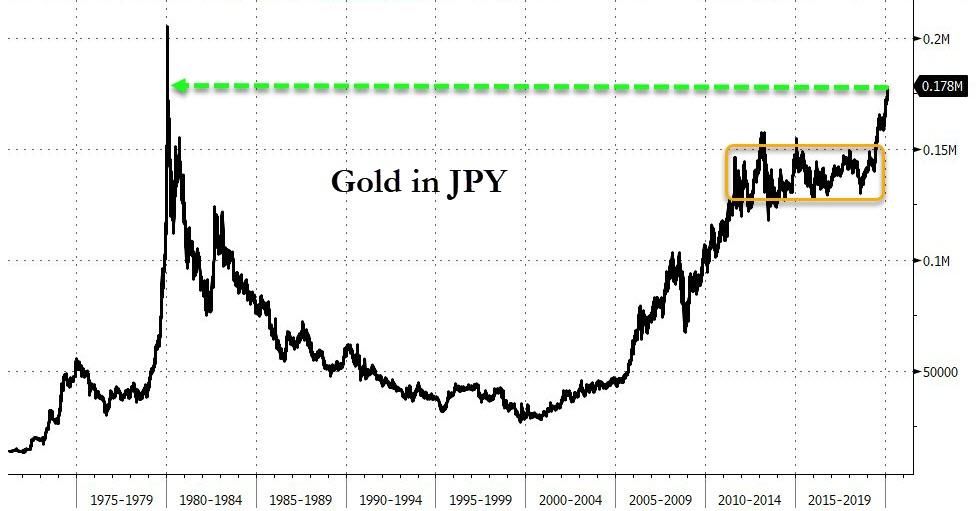 NEVER MISS THE NEWS THAT MATTERS MOST

ZEROHEDGE DIRECTLY TO YOUR INBOX

But as the chart above shows, Yen has snapped in recent months, losing its value dramatically against hard assets – with gold in jpy now near its record highs from 1979.

And so while Yen remains relatively well-behaved against its fiat currency friends (trade-weighted basis below), since President Trump unleashed the trade tariffs in May 2019, something extreme occurred and it appears Japan’s economic overlords lost control of the peg? 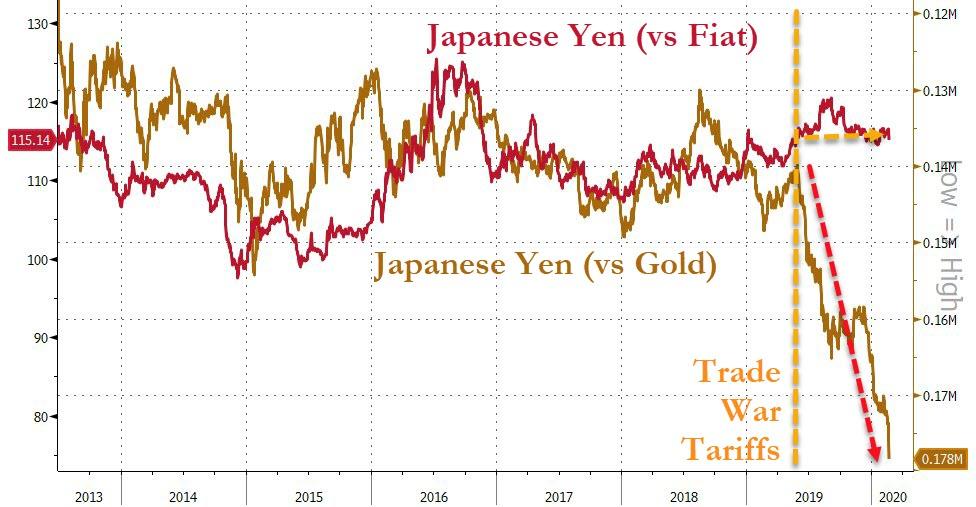 So, the question is – Are the Japanese losing faith in their currency?