It’s understood this morning’s operation is connected to a wider investigation of a Munster-based crime gang. 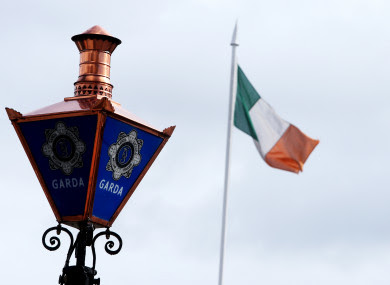 THREE GARDAÍ HAVE been arrested following raids on a number of premises in Munster this morning.

A garda superintendent, inspector and ranking member are now being questioned on suspicion of being involved in “the commission of one or more criminal offences”, a Garda statement this morning said.

The offences being considered relate to inappropriate contact with known criminals and passing information to harmful effect.

According to this morning’s statement, the superintendent is being investigated on suspicion of breaching legislation which relates to passing on information obtained in the course of garda duties.

The inspector is being questioned over suspected breaches of the misuse of drugs act and the garda is being investigated under suspicion of perverting the course of justice.

The Garda National Bureau of Criminal Investigation (GNBCI) and the Garda National Drugs and Organised Crime Bureau (GNDOCB) took part in the raids and the operation was led by the Assistant Commissioner of Special Crime Operations.

It’s understood this morning’s operation is connected to a wider investigation of a Munster-based crime gang.

Deputy Commissioner John Twomey said in a statement: “An Garda Síochána is fully committed to investigating any alleged wrongdoing or corruption involving Garda personnel, and will work with other relevant agencies in doing so. As this is a live and ongoing investigation, it is not appropriate to make any further comment at this time.”

While I obviously can’t comment on individual cases, I expect a thorough and timely investigation.

– With reporting by Garreth MacNamee, Michelle Hennessy and Daragh Brophy